The field can be divided into three zones. If Pressing is applied in the opponent’s half or close to the opponent’s goal, it is called High-Pressure or Forechecking. This is a hockey term where player apply pressure in the attacking third.

If a team drops into its own half to defend, this is called Low-Pressure. The most common type of Pressing is Midfield Pressing. Pressing is applied in the area of 15m distance from halfway line in both the opponent’s half and the team’s own half.

Midfield Pressing - The most common type of Pressing

Graphic 01 shows the generic area of Midfield Pressing which can be slightly adjusted towards either a teams own goal or the opponents goal depending on the coach’s philosophy. 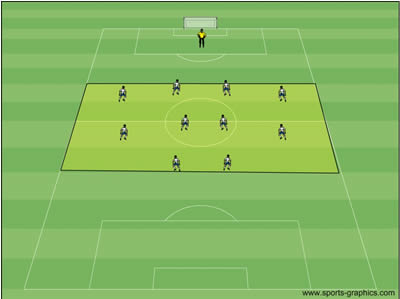 Pros and Cons of Midfield Pressing

The graphics 02 and 03 show High Pressure in its preparation stage and in its final stage. It also highlights the space in which High Pressure should be applied. 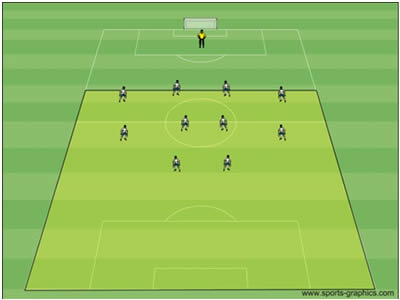 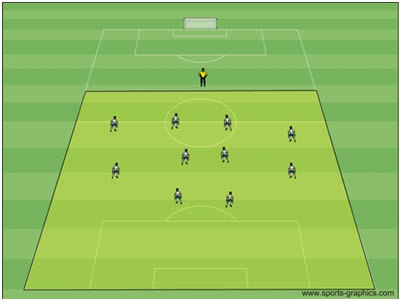 Pros and Cons of High Pressure

The graphic 04 shows space to be covered when applying Low Pressure. 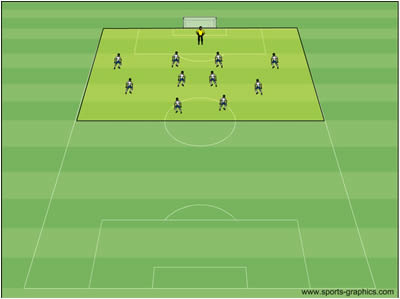 As shown here, the entire defending team is positioned in its own half and closer to its own goal to stay compact.

Pros and Cons of Low Pressure

Next article: Basics on Pressing